He taught me how to play Reversi.

His favorite color was blue.

His birthday was in February.

He was in a great deal of pain.

He did not believe in a god, gods, or God.

He was very broken.

I thought I could fix him.

Heal some of his pain.

I was his friend.

Knowingly, or unknowingly, he groomed and manipulated me.  He abused me.

But still.  I wanted his love.  His acceptance.

I changed my hair style for him.

I recorded myself playing songs on the piano for him.

I went through every day thinking about what I would share with him later.

How I would make my day sound interesting to him.

How to avoid topics that would cause him to think I was stupid.

I went to him with my questions about sex.

He was always throwing sexual innuendos around, so I knew he would talk to me about it.

He’s the first person I asked about orgasms.

They had always eluded me, and I wanted to know what I was missing.

He asked me to sleep naked in my bed for him one night.

I did it, despite the fact that I shared my room with a much younger sibling and someone might find out.

My care for him grew.

I convinced myself that I was falling for him romantically.

Despite the fact that I was not physically attracted to him at all.

He offered me a deal.  He said we couldn’t keep messing around.

Either I had to say no, or I could agree to be his sub.

Michael lived an ocean away from me.

We never met in person.

We talked over Skype twice.

I remember pacing the upstairs floor of a church building during a dress rehearsal the week before a major musical.

I knew I should say no.

I was at war with myself.

But a little part of me, which gradually grew bigger, wanted to know more.

Wanted to see if I could be a sub.

Wanted someone to care about her.

I had a very deep fear that no one would ever love me.

I didn’t think I was beautiful or worth loving.

I wanted to feel.

But I was terrified.

Another online friend listened and helped me say no.

I am forever grateful to that friend.

I didn’t hear from him again.

Because I want to share this old part of my life with my boyfriend.

So that he will know what I went through.

So that he will understand.

And I find an article.

All of those years at college where I had panic attacks whenever I saw anyone who even remotely looked like him.

All those years being terrified that he would show up one day on my doorstep.

All of those counseling sessions trying to work through the poison he left in my mind.

He died of cancer.

Cancer in his lungs and brain.

He didn’t die alone, though.  His father and brother were there with him.

grieve for him and I am sad.

He was in so much pain.

I hope that he is in heaven.

I hope that he is finally able to accept love.

And to be able to give it to others.

I hope he is finally at peace. 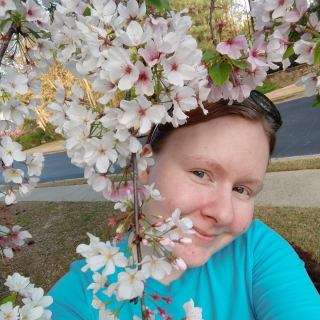